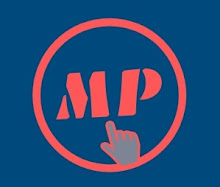 My friend’s job a teacher, his hobby is watching the boxing. He always watches that game, especially it the game of the level International, from the lowest class until the heavy weigh.
Last week. I visited his house to talk for a long time. Later I tried to ask about it. My purpose wanted to know ho to far he under stood the know ledge of boxing. He explained that in the boxing there were two types, first. Called as Boxer, who liked to depend, secondly was fighter, for the meant who liked to attach the opponent. There also the term of professional and amateur.
The round of professional consisted of one – 8 or twelve. In the era of Mr. Ali, as the legendarist of world boxing, the round reaches until 15 rounds. The payment was very high, while in amateur the round was only one until 4, the payment was low, the head of the boxer protected by helm. It usually held in the sport parties.

Then he explained the teacher too, that the teacher consisted of two kind of terms. In general, all people were able to be said as the teacher. While in the special, teacher is a man who teaches the student in the class. There were three kinds of the teacher ; the teacher permanent who appointed by government and received the salary for eternal. The un permanent teacher, appointed and paid by the government in certain time. The last was voluntary teacher appointed and received the salary from the school or foundation.
Before going home I asked him : “ is there a specific different between boxer and teacher ? “ yes, of course. “ he answered. “ what is it ? “ I asked again. “ you see, just as the bell sounded, the boxer dove, for the teacher is contrary, do you know ? “ he replied by giving a smile.
Advertisement